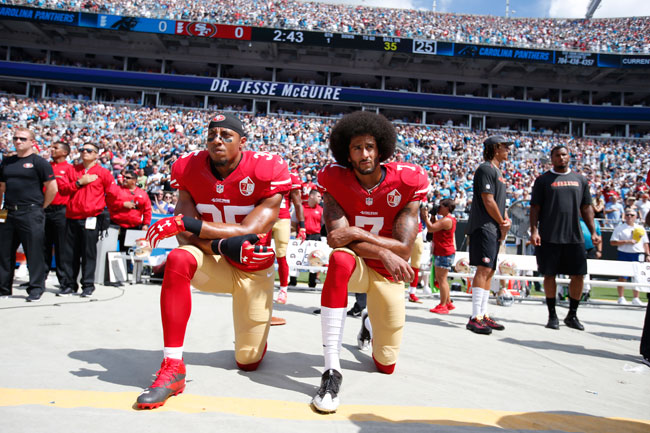 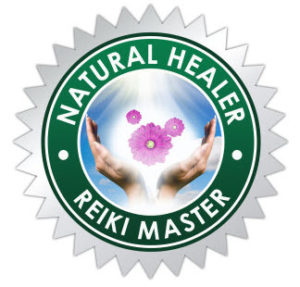 Disclaimer, This is not for the “faint hearted.” spare me. Do not try to defend white supremacy here. feign ignorance else where.

Like many, I’m a huge football fan. I look forward to the fall and Football Sundays. I’m ready to pull out all of my gear and rep my team. But this year, has felt very different. I did attempt to watch the season openers, but it was kind of hard to actually devote any emotion to the game.

Just for background info, Colin Kaepernick, chose to use his platform as a professional  football player, to protest racial injustice and police brutality/accountability. #TakeAKnee At the time, in 2016, and counting, many more black lives have been taken at the hands of police officers. And there has been a severe lack of police accountability, Even with the recent issue with the NFL’s own Michael Bennett, who has recently accused the Vegas police of racism, He was racially profiled.

Kaepernick’s intent was never to disrespect the flag or veterans. And he has been very respectful and firm thus far. That was just another “excuse” used to rile up those with white privilege. The same people who are unaware that there is a U.S code that pertains to the American Flag that they break on a daily basis. *shrugs*

Here is where the rant comes in

Let’s fast forward to 2017. Not only is Kaepernick unemployed. Some of his colleagues tried to justify why he doesn’t have a job. And many are currently coming forward stating that he’s better than a lot of the quarterbacks currently on the league. The “President” of what’s to be the free world, Donald Trump, decided to issue this statement at a live rally in Alabama. “Wouldn’t you love to see one of these NFL owners, when somebody disrespects our flag, you’d say, ‘Get that son of a bitch’ off the field right now. Out! He’s fired”

Disrespect the flag? the same flag he refused to go to war for? The same flag he chooses not to salute? Or, how Trump is trying to spin this as an insult to veterans. The same people he mocks and disrespects on a regular basis.

How can the president of a nation feel that it’s okay to disrespect the people that live within it. Rude doesn’t even begin to describe the type of man we have in office right now. He lacks integrity, intelligence, compassion and chill. He does not have any type of conscious or any morals. It’s embarrassing that his man can represent us as a whole and continue to divide America on its ill foundation. Trump is just highlighting what America has been forever. There’s just no hiding it this time.

“Get that son of a bitch off the field right now. He’s Fired”

First and foremost, this statement, is directed towards the minorities that play in the NFL. Specifically, African Americans. How the hell are African American’s considered SOB’s but the white supremacist and Nazi’s from the rally were “very fine men”? Maybe I missed the part where the NFL players were violent and attacking people that disagreed? Maybe I missed the part where Colin Kaepernick didn’t peacefully protest or was disrespectful.

The expectation that any one should stand for a flag and anthem that does NOT fly for them, is ridiculous. Think about it, Blacks are good enough to DIE for this country but aren’t good enough to be PROTECTED in THIS country. HOW? And people can’t step out of their own privilege long enough to see the problem.

People of color fight alongside white’s in our military. They are accepted into the military the same. They risk and lay down their lives to protect our freedom and liberties. Which includes the pursuit of happiness, freedom of speech ALONG with our right to choose.  How can one continuously live and die for this flag, just to fear getting gunned down by a police officer as a CIVILIAN, because they feel threatened by the color of that Vet’s skin. OR They are still being racially profiled and called a “Nigger” all because they live here. They have sacrificed and given just as much as the next.

Or let’s not overlook the fact that EXCESSIVE FORCE is still a thing and is still “acceptable” to be used when African-Americans are confronted by police. JUST because the police officer feels “threatened” by the color of someone’s skin. These people are DYING!!! And there is no form of justice or peace for their families.

But Colin’s Mama. tweeted the perfect response to Trump, “Guess that makes me a proud bitch!” – You better stand by your son Mama Kaep. It should have never gotten to this point, but hey, we are here and proud.

I can’t say that I’m proud to be American. In fact, I’ve never been proud and at the rate this country is going, I most likely will never be. I’m with Kaep. I can’t watch the games. I genuinely have zero interest. I feel disgusted, that people don’t mind seeing these black folks play and get their fantasy points up. But can’t stomach the fact that these players feel that the lives of people who look like them are in jeopardy; so they kneel. They silently protest for those that have been murdered. They kneel to bring awareness. If you have an issue that someone is kneeling during the anthem and not the fact that they are being gunned down in cold blood. YOU are a part of the problem.

It’s been beautiful watching the teams stand together in unison. It would just be nice for this to be the beginning of change for Blacks in America. Even to see, Dolphin’s safety, Michael Thomas, get teary eyed about the change he wants to facilitate for his daughter, and how disrespected felt by the president of the United States.  My hope is that the coaches and owners can continue to stand and back their players of color. And for those that can’t, for the teams that are threatening their players, it’s a shame. African Americans make up 70% of the NFL. SEVENTY FREAKIN PERCENT. But there’s an issue when they kneel.

Kaep started a movement and took the backlash that came with it. To stand for all of those that look like him and feel as helpless as he does. He’s not a “Son of a bitch” by any means. This man has shown more civility, integrity and respect for the people; than this president. He can’t be blamed for the divide. And there can’t be anymore sugar coating what is happening in this country anymore. People aren’t upset about the flag, they’re just upset that we’re “ungrateful”  and not “appreciative” that we’re allowed to live here. Regardless of how we’re being treated. The expectation for when they say “jump” is ” how high”. They don’t like when we say, “no”.